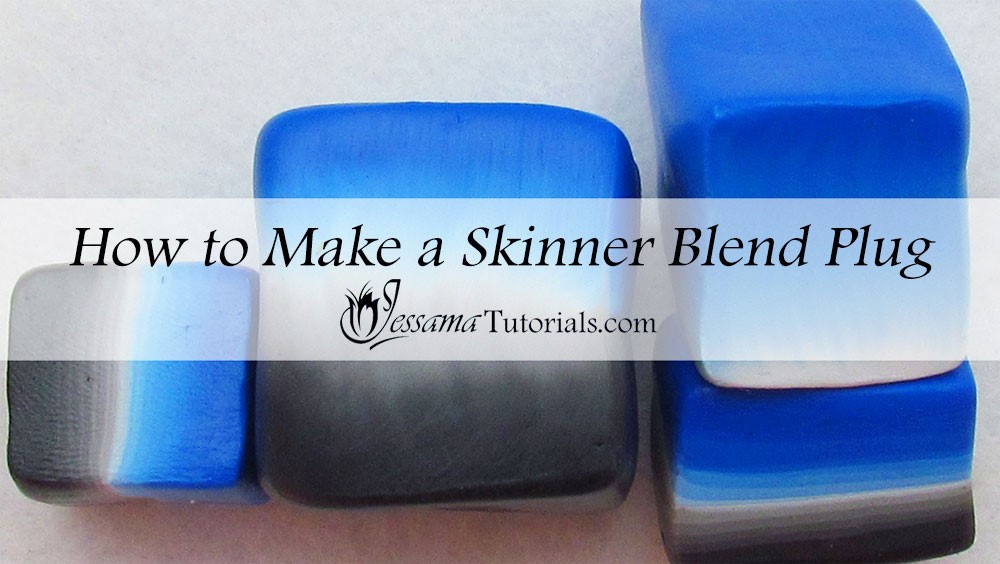 I’ll show you two ways to do this; the traditional fan-fold way and using the compression technique which is the way I prefer to do it. This cane is used as a component  in many complex canes such as flowers, leaves and others. It can also be used in techniques like Mokume Gane.

In order to complete this tutorial, you will need to know how to make a Skinner Blend. You can find a link to a tutorial in the suggested links box below the video.

You will need the following supplies:

My favorite method is shorter and easier to do. For this one you won’t lengthen the Skinner Blend. Instead you want the blend as short as possible. The first fan-fold technique gives a more striated blend, the second compression method gives a smoother blend.

See the video tutorial for some examples of Skinner Blend Plug canes, as well as some of the other polymer clay canes it can be used for.

If you need more information on reducing your canes, take a look at my reducing polymer clay canes tutorial, where I show how to reduce round, square, triangular and hexagonal canes correctly.


If I have missed something, or you still have questions, please leave a comment below.

Please leave your comments below:

TOP OF THE PAGE 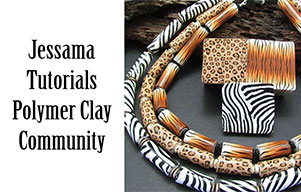 Find Me on Etsy